"What is called pest for farmers is not only plant hoppers, but also adverse policies". This sentence was written on the shirt that Guno was wearing that night. Together with dozens of other people, he walked down the road in the North Kendeng Mountains. Passing through villages in Districts of Kayen and Tambakromo, Regency of Pati, Central Java. Black clothes wrapped around the bodies of village residents who marched carrying torches that night. They were doing “lamporan”, a ritual to expel evil forces and bad spirits. This ritual is usually carried out by the ancestors in the event of pest attack or plague. In the middle of drizzling rain, it could be heard people’s chant of pest-repeals mantras while occasionally shouting "Reject cement factory!". Not less than 25 kilometers they walked that night. To them, distance is nothing if compared to the long journey of the Kendeng movement that has been going, and still going strong since the year 2006.

The logical consequence of this adjustment is that the local government was forced to be as smart as possible to see the potential of the landscape and social resources it has to be converted into something of value for sale, to generate regional/local profits and incomes. One thing which is a favorite of regional/local governments is attracting mining investors to carry out activities in their area. Kutai Kartanegara in East Kalimantan is an example of a success story of how the district "sells" itself for the interests of various mining companies. In some cases, the local government chose to take a position only as a land provider considering that it could receive profits sharing from the operation of the mining companies. In Central Java, one of the cases actually happened in Pati Regency which become one of the biggest agricultural products suppliers in Java Island. Pati Regency is also famous with its slogan "Pati Bumi Mina Tani" which means Pati, the land of fishes and agricultures. 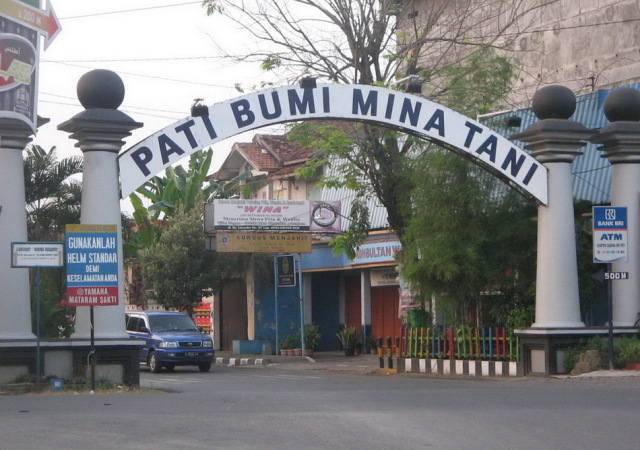 Bold changes in the pattern of development was carried out by the government of Pati regency. If previously Pati regency attracted investors from companies that were still associated with agriculture and agricultural products, in 2006 the Regent of Pati, Mr. Tasiman attracted investors from national scale mining company, which was PT. Semen Gresik, Tbk. They got a response, the desire to attract investors was immediately welcomed by the management of PT. Semen Gresik, Tbk. who also wanted to increase its cement production capacity. The plan to build a cement plant in Pati in 2019 was failed on the basis that the planned-location for cement plant is not the designed location for mining but the location of agriculture and tourism based on the Pati Regency Spatial Plan. But it was far from over, in 2010 the Regional Spatial Plan underwent a change that allowed South area of Pati to become both industrial area and agricultural farms. And then in 2012, enters PT Indocement, the subsidiary of Heidelberg Cement.

Instead of being a threatening activity, the plan to build a cement factory,  was seen a easy solution for two problems at once in the perspective of the government of Pati regency. The first was to overcome inequality between the regions of South Pati and North Pati. Second, to optimize the barren region in South Pati for more productive economic activities. This case was also supported by the condition of the global cement industry which was undergoing major changes as China's national policy to close almost half of its cement factories. As a result, there are many investments by cement companies that now are directed to Southeast Asian region, and the goverment sees this as a very profitable export opportunity. The expansion of cement usage was increasingly started when the Indonesian government under President Susilo Bambang Yudhoyono issued a program called the Indonesian Development Acceleration Plan (MP3EI) which focused on building a variety of large infrastructure projects. A scenario that looked perfectly fine for the government until one day a group of people from South Pati gathered and carried out protests against this plan.

Cement manufacture requires at least three raw materials, namely limestone, clay and iron sand. Limestone (karst) is an important agent because of its important function as water storage. Besides the reduced water catchment area, the research conducted by the Speleology community stated that the presence of underground rivers in the karst area which have complex tissues. Mining activities in one area can cause the depletion of water sources in another area. Then this movement began when several people in the village of Sukolilo were very worried and concerned that they would experience a water crisis when cement factory operates. Driven by farmers from various backgrounds of faith groups, they built networks between villages. Various methods were used to fight the expansion plan.

Dissatisfaction with the choice of policies given by the Pati District Government made residents take the initiative to carry out a resistance movement. Collectively, armed with the belief that the North Kendeng Mountains are very beneficial for their lives and agriculture, residents who are members of the Jaringan Masyarakat Peduli Pengunungan Kendeng (JM-PPK) the Mount Kendeng Concerned- Community Network conduct several independent research initiatives through collaboration with researchers from universities.

Accintyasunyata Speleological Club (ASC) is a research institution that often conducts research in the North Kendeng Mountains. JM-PPK with ASC conducted research on several caves found in the Kendeng Mountains, precisely in the area that entered the mining area, including Goa (Cave) Wareh, Goa Lawa, Goa Macan, Goa Tangis and several other caves. As a result, the residents are aware and have witnessed the overflow of water coming from the end of the cave. This research strengthens the daily struggle of the JM-PPK members stating that there are many springs in each village along the Kendeng Mountains. "This time, I only entered the caves in Kendeng so far," Shodiq said. Not only they are aware of caves, the residents also map springs along the area. The findings of this independent research then became an argument for why Kendeng Mountain needs to be protected from destructive activities, one of which was the construction of cement factory.

One important thing in this movement is the strength of solidarity grows within group and also with other groups. Solidarity is not only achieved with formal meetings and strict organizational networks but, it was built by promoting deliberative dialogues that pay attentions to existing situation of local needs. For example, when problem such as dealing with scarcity of fertilizer or domination of land tenure by rich people in the village, the groups that part of network with JM-PPK organized themselves to overcome these problems. Through the process of forming this network, the community grew more solid due to their understanding of the real benefits from the movements that they built.

"I am now aware that many brothers and sisters who support our cause," Gunarti told me in an interview after she returned from her trip to Germany in 2017. Gunarti's experience in sharing Kendeng story and mobilizing German public support illustrates how solidarity can be built in the trans-national level. There are various reasons why the German solidarity would support Kendeng movement. One of the reasons is that they want to ensure that the German government policies are consistent with the idea of overcoming the problem of climate change. One of them could be reached by "disciplining" the operations of companies based in Germany which do their business against green political principles in Germany.

Me, myself also got a similar experience when I visited Germany in May 2018. In contrast to the previous year where Gunarti's activities were more in visiting german groups and communities as well as building networks with activists and the solidarity movement in Germany, my visit this time was more to visit Universities to hold film screenings and discussions. From several universities that I visited, I have seen seen how the enthusiasm of the German public to find out how Heidelberg Cement's subsidiary operates in Indonesia and going forward with their plans in North Kendeng. At the end of each discussion session, they did not forget to also express their support for the people's struggle to protect natural resources and ancestral lands. I received similar support when I visited Hambach Forest on the outskirts of Cologne. Hambach Forest is the best example of a natural location where activists and environmentalists try to save an old forest from mining coal companies.

Various ways were carried out by the German solidarity to stop the planned construction of PT Indocement's cement plant in North Kendeng. Starting from making online petitions, film screening and discussions to organizing protest in front of the building where the Heidelberg Cement shareholders meet. On May 9, 2018, two protests in two different locations were conducted at the same time to voice the same cause, rejecting the construction of cement factory in the North Kendeng Mountains. The first action took place in Heidelberg City Park, right in front of the building of Heidelberg Cement Group, the parent company of PT Indocement. They were holding the annual shareholders meeting. A parallel protest was also held at the same time in front of the German Embassy in Jakarta. These two actions were connected using internet video-call. Each group that took action can see each other, I find that how their actions are connected is a solid proof that they voiced the same thing, the voice of Mother Earth.

Solidarity works involving communities from two different countries, Indonesia and Germany is a result of a collaborative work facilitated by usage of media technology. In the hypermodern era, networking is an important concept to read the situation of society today. When the world is filled with diverse networks that form unique communities that are sometimes connected to each other on specific occasions (Vitale: 2014). According to Manuel Castells, the discovery of the internet in the 1970s confirmed how this concept had changed many social events, one of which was social movements (Castells: 2012). Social movements are no longer only read as a local entity with specific actors and issues but can be read within the framework of engagement with other actors and issues, both at local and international levels. The concept of Mother Earth is a linkage between Kendeng issue as a natural resource management and larger issues, such as climate change and extra-territorial obligations. Let us join hand in hand in solidarity and speak up for Mother Earth. After all we are the same human live on the same Earth. 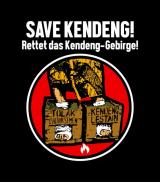 Gunarti and The Kendeng Women Movement

Women farmers have become a part of the social movement that transpires in North Kendeng Mountains. The position that originally was only complementary in the local economic and political routine has transformed into an important element in determining the motion of the movement being built. Gunarti, one of the women, shares her stories with us.
By Mokh Sobirin