More than Sex: Indonesian Students as Last Line of Defense for Justice

More than romanticizing the Reformation in 1998, the student protest was incited by numerous controversial bills to be passed by the parliament. One of them being the Revision to the Criminal Code (RKUHP) which is now being framed as the ‘Sex Law’ by many international media. The reason why it’s referred as the ‘Sex Law’ is probably because its parts that would criminalize pre-marital sex and same-sex relations. But this label does not do justice, both to the Criminal Code revision and also to the current student movement in Indonesia.

I was born in 1994. Thus, I was too young to remember what happened in Indonesia on May 1998. "Reformasi" or the Reformation, as our history books called it, is when the authoritarian Soeharto regime was toppled down in 1998 after 32 years of power. Aside from several factors like economic crisis, escalating conflicts and grassroot organizers like human rights activists and the People’s Democratic Party (PRD), Reformation was made possible by mass protests led by student movements.

The student protests became a national movement, when it managed to spread across cities in Indonesia and occupied the national parliament building. After a while, President Soeharto offered his resignation on public television and Reformation happened. Student movements remain alive after Reformation, but it never got as big as it was during Reformation.

Now in present day Indonesia, student movement seemingly came to full circle. Many of student protesters in 1998 has now became members of parliament, and they received a huge wave of protest from Indonesian students in present day. Recently in September 2019, mass student movement was seen emerging from various cities in Indonesia. From Java, Kalimantan, until Papua and Sumatera Island, the message of the student movement is clear: Reformation has been corrupted. Hence, the hashtag #ReformasiDikorupsi was used and spread as the identity of the movement.

More than romanticizing the Reformation in 1998, the student protest was incited by numerous controversial bills to be passed by the parliament. . One of them being the Revision to the Criminal Code (RKUHP) which is now being framed as the ‘Sex Law’ by many international media. The reason why it’s referred as the ‘Sex Law’ is probably because its parts that would criminalize pre-marital sex and same-sex relations. But this label does not do justice, both to the Criminal Code revision and also to the current student movement in Indonesia. 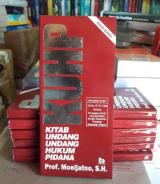 Historically speaking, KUHP / Kitab Undang Undang Hukum Pidana or the Indonesian Criminal Code has been around since 1946, when Indonesia made its first national law which loosely adopted from the 1918 Dutch Colonial Law / Wetboek van Strafrecht voor Nederlandsch-Indie. The effort to revise the Criminal Code inscribed by Indonesian law has been done since 1960s, until the first draft of the Criminal Code came out in 1993. Even though no real revision is yet to be done, the recent version of the draft has been discussed within the parliament since 2018.

What has become a huge concern for the student movement and grassroot activists is the parliament’s intention of passing the newest draft of the Criminal Code before their term ends in September 2019. This intention is deemed controversial, as the draft still has its problematic, oppressive colonial roots.

For instance, the Criminal Code will threaten freedom of expression. The newest draft of the Criminal Code revives the so-called ‘zombie' Article no. 218-220 which would criminalize those who ‘defame President’s dignity’ with 3.5 years prison time. These articles are called zombie, because it was already annulled by the Constitutional Court in 2016.

What strikes me the most is the fact that the draft of the Criminal Code is also rather sexist in nature, for its disadvantages to women's rights. Article 470 of the Criminal Code will threaten to imprison women for doing abortion for 4 years. This applies to all women, regardless if they are rape victims or women with medical conditions who need to do abortions. Homeless people, including women and children who stays out on the streets at night, will also be fined for 1 million IDR (71 USD).

With some significant injustice against women on the Criminal Code, Seven Demands of the student movements also include demands related to supporting women’s rights. Some of them being their demand for the Domestic Worker Protection bill and Anti-Sexual Violence bill to be passed.

In Indonesia, there are roughly 4.2 million domestic workers, whose majority are women. The Domestic Worker Protection bill has been sitting on the parliament for 15 years, despite a lot of abuses happened to Indonesian domestic workers. As for the Anti-Sexual Violence bill, sexual violence against women in Indonesia has been on a rise. Yet the Anti-Sexual Violence bill has been facing rejections from conservative groups, who are fueled by identity politics since recent elections.

Aside from rejecting the Criminal Code draft, the students also protested against controversial bills such as the Manpower Bill that only favours Big Business rather than workers’ rights, the Mining Bill that encourages more extractive mining industries, and the Agrarian Bill that violates the promises of Land Reform from President Joko Widodo’s administration.

The current student movement also put pressure to the government to end corporate impunity. This demand is particularly referring to corporations whose business are responsible for the forest fires in Kalimantan and Sumatera. The forest fire has caused mass cross-country haze to Malaysia, and even taken death toll from many people in the area.

Other demands also include demands that eerily similar to the ones widely demanded in 1998: stop persecution of activists, rejection of active military and police officers in civilian government posts, and resolving past human rights violations. Another popular demand that would be similar to the one in 1998 would be the rejection against Anti-Corruption bill. The bill has been passed by the parliament in such short notice, even though it weakens the Anti-Corruption Commission by stripping its independence.

How students still demand these points today has shown that Indonesian democracy is still indeed a work on progress. Many accusations arises, alleging the student movements as being ridden by hidden agenda. But the students answered the allegations by saying that the only agenda they have in mind is “people’s interest”. The student movement was indeed a game changing moment, one that will go down in history books, should we still have our democracy intact. While the country’s democracy and justice is at stake, students came along like a band of superheroes to save the day.

Where are we now?

As a person who also goes to rallies and follow humanitarian issues, I can confidently say that what is currently happening in Indonesia is a culmination of disappointment and vacuum of justice in Indonesia. Since Reformation, we have been a development behemoth who walks over its people and nature, without justice and humanity driving its core. Shopping malls, infrastructures, investments, all seems hollow without seeing the elephant in the room: unfinished transitional justice in Indonesia.

For the past two decades, student movement after Reformation is often seen with undermining gaze. There is a characterization of student protesters are students who failed academically and see protests as an escape from their academic responsibility. There is also an idea that things are not as bad as it was in 1998, thus students just need to focus on their education in schools. This idea is perpetuated by the Minister of Research Technology and Higher Education who recently stated that the President himself discourage students from going on protests and focus on their school instead.

But the thing that many people, including the President and his Ministers do not understand is that education is not acquired only in classrooms, but also anywhere on the streets where injustice remains. In the Global North, Greta Thunberg and her school climate strikes understood this. And now in the Global South,  Indonesian students understood this too: that education should set us free and encourage us to fight for justice, not vice versa.

In an ideal world, students enjoy their time in discovering knowledge in neat classrooms. Nevertheless, we do not live in an ideal world. With all the injustice being done upon the world we will inherit as a young generation, classroom obedience is not an option. Education institutions, and students inside of it should be ready as the last line of defense for justice.

Seeing how our world is being run right now, and how my country Indonesia has forsaken its Reformation in the hands of elite oligarchs, seems like young people still has to turn their knowledge into the power that will help bring justice to our nation. There is no assurance that in the future the student protesters will avoid the same, corrupted path to power like the people they are rallying against today. But if there’s one thing we can be sure of, it is the fact that who they are today will go down in history to prove the significance of youth idealism and civil movements.