It is hard not to be political when these times are so political: An interview with Kyo Narawan Pathomvat

The Reading Room is one of Heinrich-Böll-Stiftung Southeast Asia’s partner organizations established in 2009. We sat down with Kyo Narawan Pathomvat, its founder and director, to talk about her latest achievement— being shortlisted for the 2017 Visible Award, as well as the current regime and how she thinks it has impacted the art community.

The Reading Room was shortlisted for the 2017 Visible Award[1]. What was the selection process like, and how did it make you feel to be nominated?

I am usually a bit skeptical when it comes to award functions, but not this time. The Visible Award approached hundreds of people from all over the world to be nominated for the first round. After that, it was narrowed down to a long list of 60 projects by the award advisory board. They sent emails asking for more information, photos, and descriptions about us. We shot a nice profile video and submitted detail of our projects. The whole process took over half a year. The Reading Room was selected as one out of nine shortlisted artistic projects. Others were from various countries such as Puerto Rico, Palestine, Portugal, Indonesia, Democratic Republic of the Congo, and China. It was a great honor for us to be recognized at the global level.

It has been 9 years since the Reading Room was established. How did it start?

It started from the realization that Thailand lacks contemporary art libraries — neither public libraries nor university libraries carry enough contemporary arts and cultural resources so I decided to share materials I had collected with the community so that they could have easy and free access.

It is through a natural and organic process that it evolved into a platform for activity, since physical space holds limitless potentiality to serve society's diverse functional needs, especially as a critically open space for public discourse.

In a nation currently controlled by a military junta, the online sphere is gradually being deprived of privacy and anonymity. The Reading Room has thus taken up the responsibility of offering open space and safe shelter for the oppressed, the repressed, and others.

How have things changed following the 2014 Coup?

During the first few months or so, everybody was definitely in shock after the coup leader attempted to get rid of oppositional voices. Many academics, journalists, and activists were called in to “adjust their attitude,” and many we knew personally. There was an atmosphere of fear, one that I could never have imagined happening in this country and in this age.

The authorities always went after thinkers, scholars, writers, and journalists first. Then they went after everybody else— anyone that yielded even a tiny bit of what they perceived as resistance. We were, by and large, a part of this movement and community. So they came for us too. Our event was canceled and we were monitored by both the uniformed and plainclothes army and police.

How did you overcome that grim situation?

So to be honest, I was pretty much in despair over what I could and should organize. Obviously, the seemingly non-political programs could easily continue, such as book clubs or art film screenings. It is hard not to be political when these times are so political. In the end, we really had to lay low for a while, producing series that were more or less unrelated to contemporary Thai politics.

As an example, the “SLEEPOVER” project was organized to promote critical engagement. It involved 6 diverse speakers from Thailand and Southeast Asia to stimulate discussions that reflect current socio-political stances.

However, we had to be more careful and choose the right approach when producing programs, be mindful of censorship and monitoring as well as be more creative and subtle when creating events and activities.

We also organized “Right Here, Right Now,” a talk series exploring key words from right-wing ideology. It was obviously an attempt to criticize the ruling regime and all authoritarian institutions in this country, but since we could not address the issue directly, we did it through a thinly veiled approach.

Was there any impact to the art community in Thailand?

It was the first time I had ever witnessed art censorship from the so-called government in this country. It posed a real threat to the art community, which had been quite a safe harbor for a long time. And I think it caused artists to be way more responsive and alert to politics.

For me, I've always loved art— my background is in art history— for what it can do as an agency of change, a tool for resistance, and an integral part of social and political movements. I'm trying to inject and incorporate art and culture into sociopolitical discourse, which is not a common practice in this country, and conversely, I’m trying to persuade the art community to see politics in the arts. Art is always political. 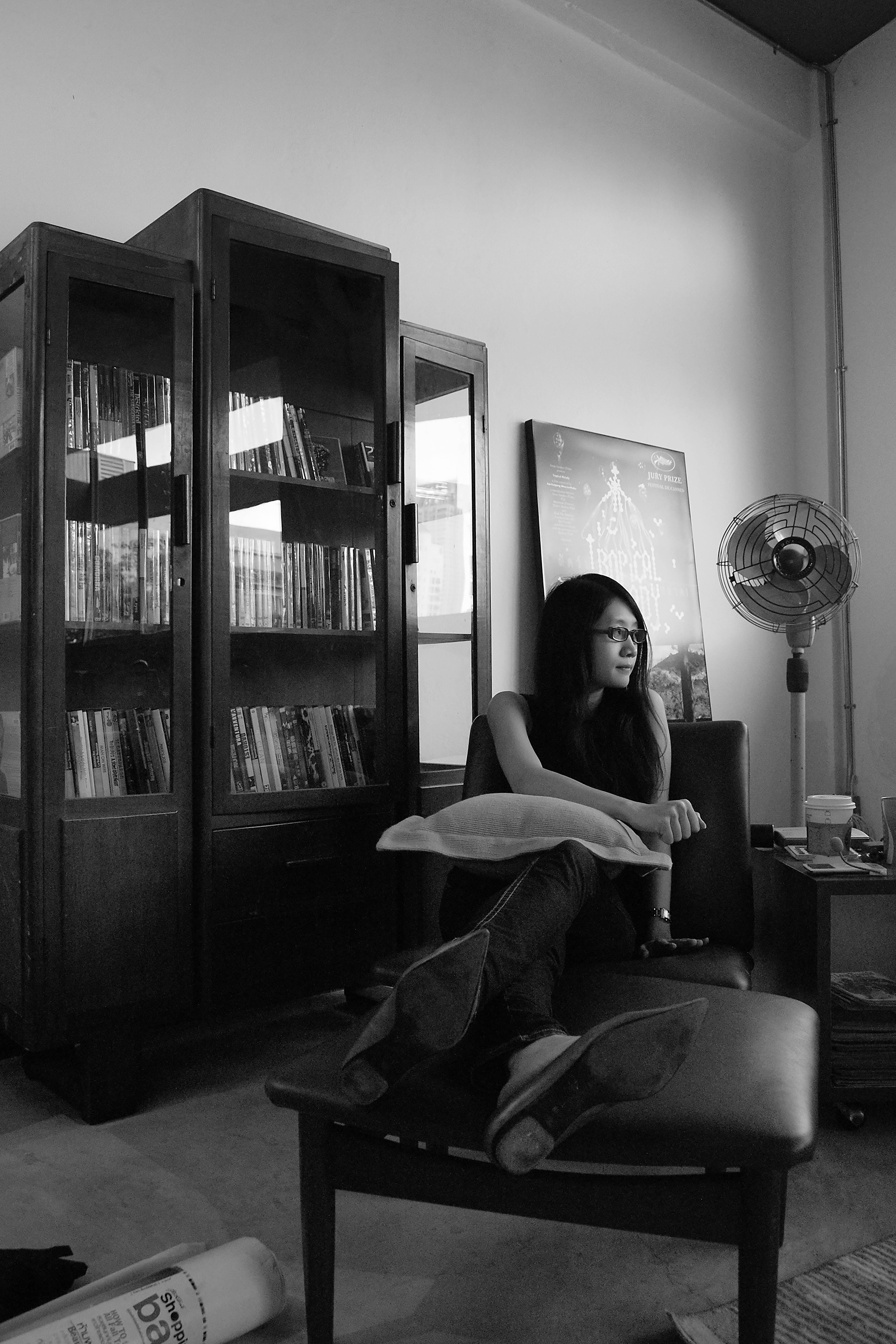 [1] The Visible Award is a biennial international production award devoted to artwork in the social sphere that aims to produce and sustain socially engaged artistic practices in a global context. It was initiated by Cittadellarte-Pistoletto Foundation and Zegna Foundation. The 2017 Award goes to “Brigada Puerta de Tierra” from Puerto Rico. It was hosted at the Queens Museum, New York on December 2, 2017